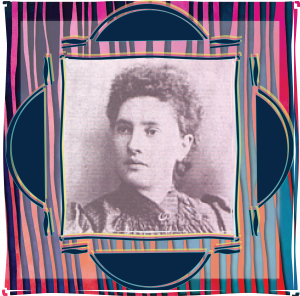 Teresa Kearney was born in Ireland in 1875 to a farming family. She lost both her parents to death before she was ten years of age and she was raised by her Catholic grandmother. From a young age she knew that she wanted to be a teacher, so she went to study that career with the nuns.  When she was 18 years old, she started to work as a teacher in England. There she was introduced to the Franciscan Sisters and their missionary work.  She joined their order and became a missionary nun. When she was 27 years old, she was offered the opportunity to go to Africa and she gladly accepted.  Teresa’s work in East Africa started out with a clinic and a school in a local village, serving the people and nursing.  A few years later, Teresa worked to establish the first hospital in the region.  In the local towns, Kearney set up schools, clinics, hospitals, orphanages and trained nurses to run them.  Teresa promoted higher education in Catholic African women in her mission. In 1923, she founded the Little Sisters of St. Francis, a community of African nuns dedicated to teaching and nursing. In 1928, Kearney returned to England to establish a place to training nuns for African missions. This group would soon be called the Franciscan Missionary Sisters for Africa, founded by Kearney. In this way Teresa was able to expand the missionary work to Africa, the US, and Europe.  Teresa spent her whole life working in Africa or fundraising for the cause. She died in Massachusetts at the age of 82 years old.  Her legacy lives on in the hospitals and schools she started.