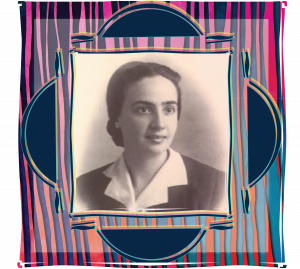 Maria Antonella Bordoni was born in Arezzo, Italy in 1916.  When she was a teenager, her family moved to Rome, where she was very involved in her parish youth group “Catholic Action”. She loved learning and sharing her Catholic faith. As a young adult, she decided to take the special vows of poverty, chastity and obedience, consecrating herself to God as a laywoman in the Third Order of Saint Dominic.  She was a woman who prayed often and wrote journals with her spiritual reflections. Because she grew up in the aftermath of WWI and middle of WWII, she witnessed many children who were orphans and without families in the post war period. She was considered a kind, patient woman and she opened a home in Castelgandolfo, for orphans. She worked there fulltime and became known as the apostle of orphans, educating them and offering them a loving environment. She later founded an organization of women who would continue this work for orphans all over Italy, starting many other homes. They were called the Little Daughters of the Mother of God. After a long life dedicated to children in need, she died in 1978. In 2018, Pope Francis declared her venerable because of her heroic virtues.