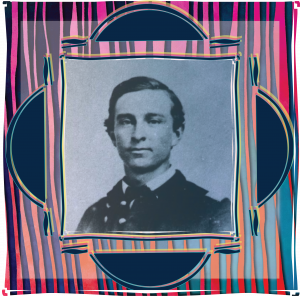 Joseph Dutton was born in Stowe, Vermont in 1843 to a wealthy protestant family. He lived in Wisconsin and taught Sunday school there. He attended military academy in Wisconsin to further his education and enlisted in the army in 1861 when he was 18 years old. He fought in the American Civil War as a captain. Joseph was married but his wife was unfaithful and left him shortly afterwards. Joseph waited years for her to return and fell into despair, developing a drinking problem.  He worked for the government and prominent businesses but was very unhappy. In 1876, he decided to quit drinking, change his life and do penance for his past sins. He converted to Catholicism a few years later and spent almost two years in an Abbey with monks in prayer. After hearing about Fr Damien who cared for lepers in Molokai, Joseph felt called to join him in his work. In 1886, when he was 43 years old, he went to Hawaii to the island of Molokai to help Father Damien. Fr Damien was dying and was grateful for Joseph’s assistance. Joseph served as repairman, nurse, coached baseball, comforted the sick and the dying. Before his death in 1889, Father Damien said: “I can die now. Brother Joseph will take care of my orphans.” He cared for Fr Damien in his last days and continued the working with the lepers for 40 years. He once said, “I would not leave my lepers for all the money the world might have”. He eventually became a member of the secular Franciscan order and was known as “Brother Joseph”. Joseph died in Honolulu in 1931 and his cause for sainthood has just begun.