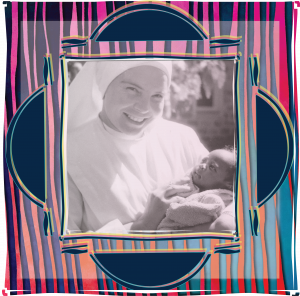 Rosa Maria Sgorbati was born in 1940 in Italy near Milan. From the time she was young, she wanted to be a missionary. After college, she joined the Consolata Mission Sisters and took the name Leonella.  She studied nursing in England and then was offered the opportunity to work in Kenya. For thirteen years, she served and worked in Hospitals in Africa. She went on to start nursing schools where she would teach local people to care for the sick. She oversaw the Registered Nursing school recognized internationally in Africa. She is learning many of the languages of the people so that she could teach them to care for others. Many of the areas and countries she worked in Africa had much political and religious turmoil and unrest. In 2006, she had just finished teaching a nursing class at a local children’s hospital when she was shot and killed. Her final words were “I forgive; I forgive; I forgive” It is believed that her death was motivated by an extremist local religious leader who was seeking to kill all Christians. Sister Leonella had no illusions about the danger of her work. She once said “I know there is a bullet with my name on it. I don’t know when it will arrive, but as long as it does not arrive, I will stay in Somalia.”  She said there was no problem of working with people of other culture and religion if there is respect for each other, for where there is fear, there is no love,” Leonella once said, ‘I cannot be afraid and at the same time love. I choose to love.” Pope Francis declared her blessed and a martyr killed for her faith in 2018.