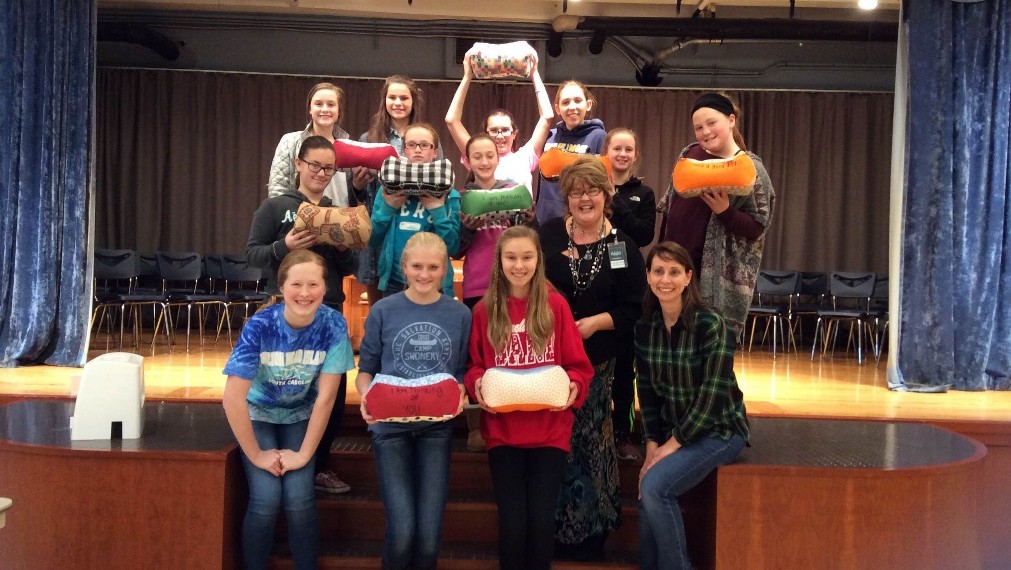 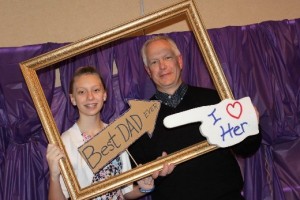 The Challenge Club in Blessed Sacrament Parish in Fort Mitchell, KY has had a busy spring time full of different evangelization experiences.

The 8th grade Challenge girls spent the month of January preparing their hearts and mind for the March for Life.  The girls were all set to attend the March with the Diocese in Washington DC, but due to the bad weather, their trip was canceled.  However, the girls were able to create their own little mini march.  One evening, the girls got together to watch a movie about Mother Teresa, followed by a fun overnighter at one of the girls’ home.  The girls got up early and attended mass at the Holy Name Catholic Church and then joined in on the rosary walk in front of the Planned Parenthood.  The girls ended their fun event with breakfast at Cracker Barrel.  In February, the 8th grade Challenge girls and their fathers enjoyed a special Father Daughter Dinner Theater in the Parish Center.  Thanks all of the moms who were able to transform the Parish Center into an elegant and beautiful dining experience for the girls and their fathers.  After dinner, they all watched the “Courageous” movie together and the girls were surprised with a rose by their fathers.  This evening was centered on showing the significance of a father’s role in their daughter’s life. 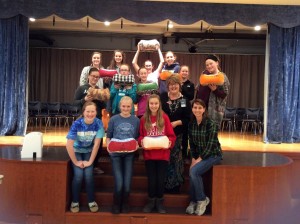 The 7th Grade Challenge girls had two special guests come in January and speak with them.  Carol Wagner talked about her prison ministry.  Carol said that the inmates, the homeless, as well as the addicts just need our love.  Kimberly Heestand talked to the girls about hospice care and how the hospice pillows they are making help the patients to feel more comfortable.  Ms. Heestand also talked about how she prefers to work with volunteers that want to give of themselves and who are not just there for the service hours.  The girls were able to sew a pillow and include an inspirational message on it.  All of the pillows were donated to hospice.  The girls really enjoyed this project and had a lot of fun learning how to sew! The 7th graders have also been busy preparing for  a tea party for the Sisters at Notre Dame. They have been in the process of making placemats, tasting tea, and making the necessary arrangements to host a proper tea party. 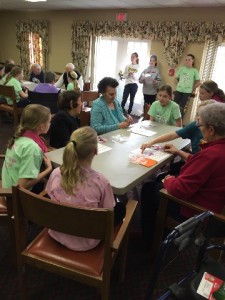 The 6th graders have been very busy and having a blast over the last two months.  They have learned about the Year of Mercy, initiated by the Pope himself and that he has allowed indulgences.  The girls have been discussing the importance of indulgences and how we can individually receive our own.  They have also been learning about the corporal and spiritual works of Mercy which ties in perfectly with the Year of Mercy. In January, the 6th graders went and visited with the residents at the St. Charles Nursing Home.  There, they were able to play Bingo with the residents and also sang them three songs, several of which the residents knew and loved.  The girls really enjoyed spending time with the residents discussing their lives and learning a little about the person they were talking with.

Our 5th grade Challenge girls put on a Talent Show in January where they each had the opportunity to show off their skills as well as be a leader.  The girls discussed what it means to be a leader not only in the classroom, but also in their community, and in the world.  In February, the girls were able to go and visit with the residents at Madonna Manor.  At Madonna Manor, the girls interacted with the residents, played Bingo with them and gave them cards that they made.  The girls really had a great time!