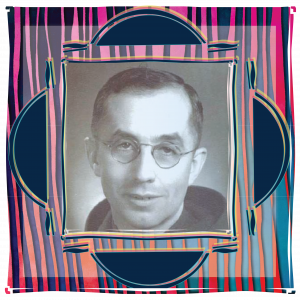 William was born in 1905, in New Hampshire to French-Canadian parents who had immigrated from Canada to find work in the city’s cotton mills. In 1916, his family returned to New Brunswick, Canada for a short time. In 1920, due to the difficult financial situation, his family moved back to New Hampshire and William and his brothers left school to work in the mills to help support the family. William began discerning his vocation to be a religious brother and visited many different orders. He felt very called to the Brothers Hospitallers who care for the sick and needy. So, he traveled to Montreal to join the order. His father was seriously injured, and William returned home to help his family for several years before returning to his religious calling. He directed schools and was the director of different hospitals in Montreal and Quebec. William always wanted to be a missionary and he finally was able to act on that dream when offered a position in Vietnam to start a school and hospital there. Post-colonial Vietnam was in a state of political turmoil when Brother William arrived. He helped build the hospital and care for the victims of the war. He worked tirelessly serving the people of Vietnam for 20 years. He died in 1972 and in 2015 Pope Francis declared him venerable because of his heroic virtue.