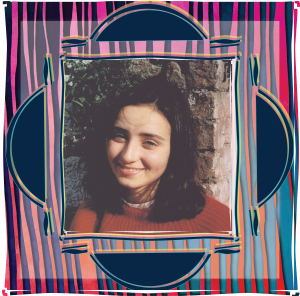 Alessandra Sabattini was born in 1961 in Italy. She lived in a town where her uncle was a parish priest and she was very active in the youth group. When she was about 14 years old, she participated and volunteered at summer camps for people with disabilities. This was a profound spiritual experience for her. When she returned home, she said, “We worked till we dropped but these are people I’ll never leave”.  From that point on, urban missions and helping those in need became a part of her life. Alessandra decided to study medicine in university so that she could eventually become part of medical missions in Africa. On weekends and in the summer, she worked in her local town helping those who were sick and addicted. Everyday she went to the church to do her morning prayers and meditation before Jesus in the Eucharist.  She was humble and reserved but had a beautiful voice and loved music. While in university, Alessandra met Guido and began dating.  They both wanted to do missionary work abroad and were soon engaged to be married.  In 1984, she drove to a nearby town with her fiancé to an event sponsored by her youth group. When she got out of the car in the parking lot, she was struck by another vehicle that was out of control. She fell into a coma and never recovered, dying about a week later when she was only 23 years old.  Her simple daily holiness and kindness left a lasting impression on people and soon after her death, her spiritual journals were published as a book of meditations. In 2018, Pope Francis declared Alessandra venerable because of her life of heroic virtue.