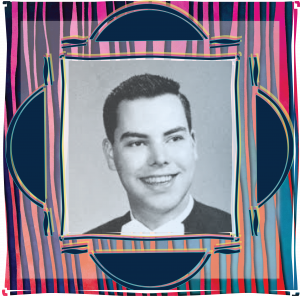 James Miller was born in 1944 to a farming family in Wisconsin.  He was known in elementary school for being very tall and having a great laugh. He went to high school with the De La Salle Brothers and while in university he decided he wanted to be a religious brother, so he joined their order. James started off teaching Spanish and English at a school in Missouri, as well as coaching football. He was known for his handyman skills, therefore the students called him “Brother Fix-It”. James was offered an opportunity to do missionary work, teaching in Nicaragua. He went gladly and taught there for five years. He helped with the construction and supervision of ten new rural schools. Due to danger and political tensions in 1979 in Nicaragua, James began receiving death threats from the rebels and he was brought back home to the US quickly. He continued teaching in St Paul, MN for a few years before he was offered an opportunity to teach in Guatemala.  He joyfully went to this new teaching position and devoted himself to the students and the community instructing the natives to build schools.  One afternoon in 1982, when James was standing on a ladder repairing a wall of one of the schools. Three hooded men approached and shot him dead.  He was only 38 years old. Unsuccessful attempts were made to find the assassins.  To the people, it was evident that James was murdered because he was a religious brother. During this time period in Guatemala, a string of priests and brothers had been assassinated because they opposed the government regime. Many of the students in James’ school were being forced into the corrupt army to fight for the rebels.  James and other religious had to be advocates for the students and intervene in getting the children back into school. Pope Francis declared James a blessed in 2019.