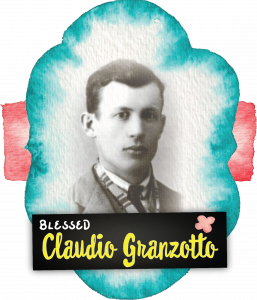 Claudio Granzotto was born in 1900 in Italy to a Catholic family of nine kids. He was the youngest. His parents were farmers and Claudio worked in the Fields as a child to help his family make ends meet. His parents taught him the Catholic faith. His father died when he was only nine years old and he had to work to help his family get by. When he was 15 years old, he was drafted into the Italian armed forces to battle in WWI. Once the war was over, he returned home and began his studies.

He quickly realized that he had artistic talent, especially as a sculptor. He enrolled in university to study art in Venice and graduated with honors. Religious art was the focus of his work. He became good friends with a Franciscan priest and soon decided to become a Franciscan religious brother himself. He dedicated his life to contemplation on the Gospel as well as to the service of the poor He worked on his art and became famous for his realistic depictions and artistic expressions of his faith. Most of his works are depictions of Jesus Christ and the saints. He had a great devotion to Eucharistic adoration as well.

He developed a brain tumor in 1945 and died shortly after. Word of his personal holiness and beautiful art work spread quickly. Pope John Paul II named him a blessed in 1994.