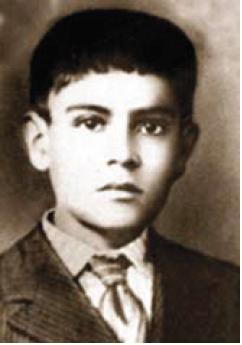 This month on October 16th, 2016 Blessed Jose Sanchez del Rio will be canonized and declared a saint. He has always been an inspiring example and patron saint for Challenge and Conquest because of his heroic martyrdom during the Cristero war. He was an example of courage in the face of people who hated God and the Church. You may remember his story from the 2012 movie  “For Greater Glory”, which depicted the martyrdom this teenage boy in  Mexico in the 1920s.

José Sánchez del Río was born on March 28, 1913, in Sahuayo, Michoacán, Mexico. Wanting to defend the faith and rights of Catholics, he followed in the footsteps of his two older brothers and asked his mother for permission to join the Cristeros. She objected, telling him he was too young. “Mama,” he replied, “do not let me lose the opportunity to gain heaven so easily and so soon.”

On February 5, 1928, the young boy was captured during a battle and imprisoned in the church sacristy. In order to terrorize him, soldiers made him watch the hanging of one of the other captured Cristeros. But José encouraged the man, saying, “You will be in heaven before me. Prepare a place for me. Tell Christ the King I shall be with him soon.”

In prison, he prayed the Rosary and sang songs of faith. He wrote a beautiful letter to his mother, telling her that he was resigned to do God’s will. José’s father attempted to ransom his son but was unable to raise the money in time. On February 10, 1928, the teenager was brutally tortured and the skin of the soles of his feet was sheered off; he was then forced to walk on salt, followed by walking through the town to the cemetery. The young boy screamed in pain but would not give in. 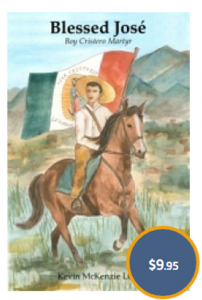 There is a book about his life story written by Fr Kevin McKenizie called Blessed Jose: Boy Cristero Martyr which can be found on the Challenge & Conquest store here.

You can also read about the amazing miracle that led to his canonization here.